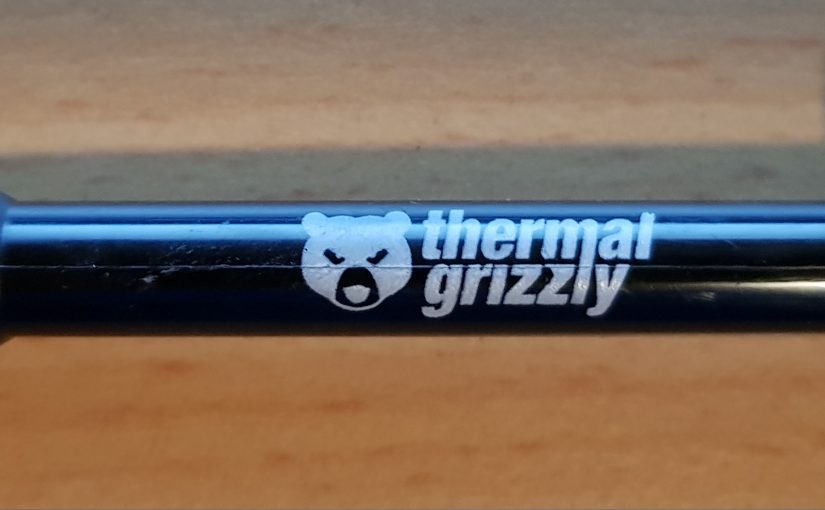 Replacing the thermal compound between the CPU and the heatpipes of the cooling solution often results in far cooler temperatures and sometimes higher performance. Lets find out more.

The following pictures and measured temperatures are from my Lenovo Thinkpad X230 with an Intel Core i5-3320M CPU. It has a baseclock of 2.60GHz and boosts up to 3.3GHz on one core and to 3.1GHz on both cores. Unfortunately it is not overclockable. This short test compares the original solution with a newly applied thermal compound and then liquid metel. The first step was to make some baseline benchmarks (see below) and then to disassembled the notebook.

Now we can do the test with another thermal compound. I used in my case Prolimatech PK1 I had lying around. It costs around 10€, but you can use it many times. So building it back together and running the same benchmarks.

For using liquid metal we have to apply nail polish around the CPU die to electronically isolate the capacities and everything around the CPU PCB. This has to be done because liquid metal is highly conductive and we don’t want to short out anything. I used Thermal Grizzly Conductonaut, again around 10€ and possible to use more than once. Now we need to assembly everything again and evaluate everything after the final set of benchmarks.

This also results in lower fan speeds and a quieter fan.

All in all this small test shows that a better thermal compound is not only useful in highend PCs, but also in notebooks. As a closing thought I ask myself, why doesn’t Lenovo use at least a good thermal compound like the Prolimatech PK1 in their notebooks. I cannot reckon that maybe 50ct per notebook aren’t worth it.

After almost 3 years a comment caused prompted me to update this post.
So to keep it short, the same test procedure as above resulted in a fan speed of 4550 RPM and temperature difference of 55 °C. These values are very similar to the newly applied Prolimatech PK1. Otherwise the liquid metal didn’t cause any issues in my case.

The conclusion should probably also be updated: Replace your thermal paste every few years and making a long-term stable thermal paste is hard.

3 thoughts on “Cooling my Thinkpad with Liquid Metal”